Recently there have been shocking sexual assault headlines that are being released about universities in the UK. The BBC claims that students feel pressured to sign NDAs regarding sexual assault complaints and some have been told to expect expulsion if the contracts are broken. The BBC’s report then goes on to say that 300 NDAs have been issued since 2016 by nearly a third of Universities in the UK paying out £1.3M, which seems completely unacceptable. Students should not be paid for their silence; universities should be trying to tackle the issue of sexual assault head on.

How widespread is the issue in UK Universities?

Research indicates that sexual misconduct is an issue that affects more than half of all UK university students. According to The Guardian, “A survey of 5,649 students, for the charity Brook and the student database Dig-In, found that only a fraction of those affected reported the incidents to their university or the police.” The survey also identified a significant gap in the students understanding of what consent and what constitutes sexual harassment and violence.

Some of university staff and students alike may be asking themselves the following questions: Why are universities taking this very drastic option as opposed to just investigating the claims fully and finding the correct outcome? Are universities equipped to investigate sexual assault claims and/or do they have a mechanism for someone to report a concern? And once the concern has been reported, can they effectively investigate the case?

As it stands right now, the answers to these questions are not uplifting. A separate BBC investigation in September 2019 found that there are no mandatory guidelines on how universities should investigate or record such complaints, meaning they are all doing it in their own way. That same investigation found that “One student, who reported a violent rape to her university and police, was repeatedly forced to see her alleged attacker around campus because of a loophole in the university’s safe-guarding procedures.” It is clear that UK universities need to adjust their sexual misconduct processes in order to better protect their students on campus.

Symplicity Advocate is a student conduct solution that offers students a safe and secure way of reporting a serious incident like sexual harassment and assault. It helps ensure the investigation is compliant with University Policy to avoid legal disputes or negative press. Communication during an investigation is secure and optimised between the University and the student, across departments and with 3rd parties such as the NHS or Police. Advocate provides a consolidated view of the investigation and the ability to export the entire case history into a pdf within a few seconds to put before a hearing panel.

For those interested in learning more about Advocate, schedule a conversation with us or watch the Enhancing Student Wellbeing and Safeguarding in Higher Education webinar. 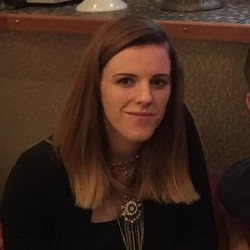 What Our Clients Are Saying

Provides institutions with the ability to connect holistically with students to enhance their experience and streamline campus operations and collaborations.